So let’s find out what is cast iron?

Cast iron is an alloy of iron and carbon with a content greater than 2.14%, plus silicon. Cast iron was used by the Chinese as early as the 4th century BC, until the 14th century when Europeans used it.

Cast iron is classified into several categories, but only the main categories are as follows

Sometimes you hear your partner ask you about gangs in general they’re talking about gray cast iron, why is that?

Gray cast iron is simply the cheapest of the above and it is also the most commonly used.

What is the difference between Ductile cast iron and cast iron?

In 1943, Keith Millis was the first to register the Ductile Cast Iron copyright with the US state. Other documents say ductile iron has been found long ago by others. 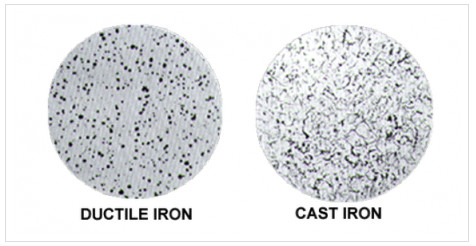 In the valve industry, cast iron is used heavily and mainly for hot air valves because of its heat resistance, the commonly used types are: Ductile iron and cast iron.

What is a angle seat valve
What is the difference between a globe valve and a gate valve
What is a Solenoid valve? Structure and Application
DIFFERENCE BETWEEN COPPER, BRASS AND BRONZE
What is gate valve?
error: Content is protected !!