What is a steam trap?

Steam strap a trap used for steam lines used to take condensate and retain steam (Condensate water is a steam that loses heat due to passage through pipes or heat exchange).

Steam strap is divided into 3 types

1- Float steam strap and Inverted bucket steam trap: The above two types of steam traps operate on the principle of density difference between condensate water and steam. The trap opens and drains the water when the water condenses into the lift chamber. The trap closes when the chamber is filled with vapor.

Advantages: Detects condensate and discharges in case of condensate, the discharge rate is greater than coin steam trap

Disadvantage: The price is higher than Thermodynamic steam trap, with the buoyant steam trap which is easily irritated. For bucket steam traps, it is easy to block the vents and air on the bucket. 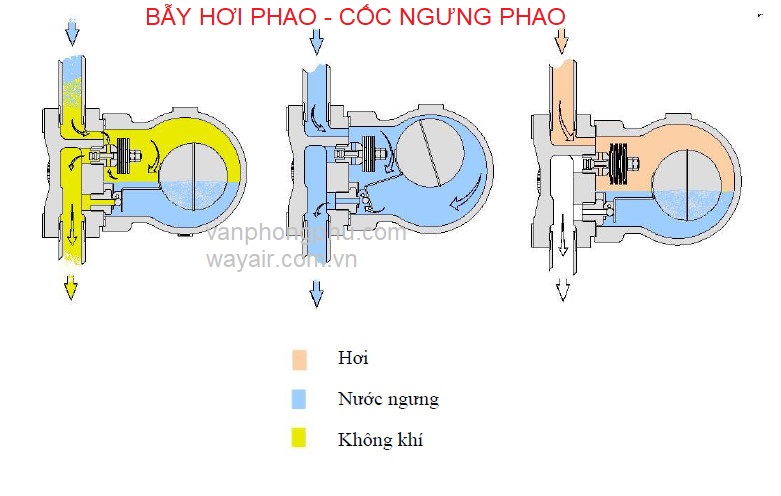 2- Thermodynamic steam trap
A kind of trap opened and closed by a circular coin inside. This type of steam trap works by a combination of heat and thermodynamic motion.

The trap closes when: The condensate discharges at high velocity creating a low pressure zone below the coin (Bernoulli Effect) relative to above the coin.
The trap opens when the expanding steam loses its heat and becomes condensate

Thermodynamic steam trap is widely used in Vietnam because it is cheaper than other steam traps, but it also has the disadvantage of not recognizing condensation and can lose steam and retain condensate due to the use of traps. slightly poor quality money. 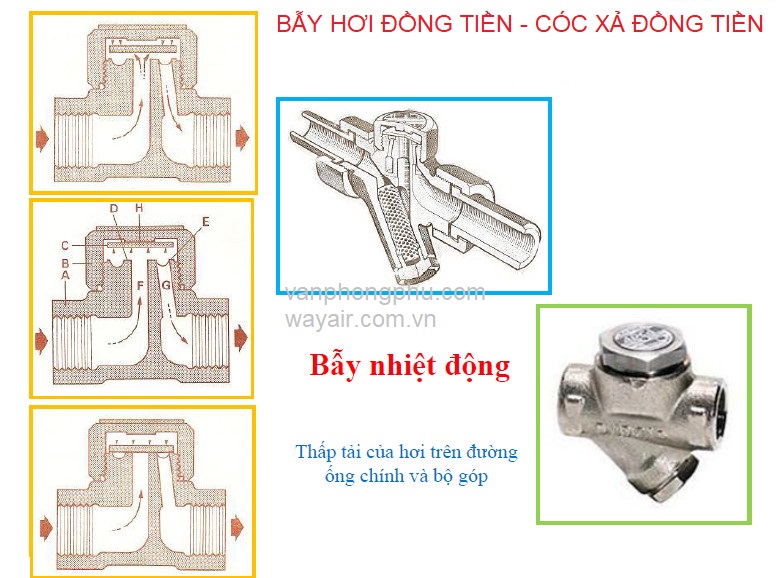 This type is rarely used and is not popular in Vietnam

– Equal to the temperature difference between the evaporator and the chilled condenser water.

– Equal to the difference in the thermal expansion of two metal layers.

– The metal plates are designed with many sides with different lengths to make the trap work at different vapor pressures.

– The trap opens and rinses when the condenser water cools below the temperature of the vaporizer and the metal piece returns to its flat position.

– The trap closes when the condenser water reaches the evaporation temperature and the 2 pieces of metal curl up and lift to close the valve.